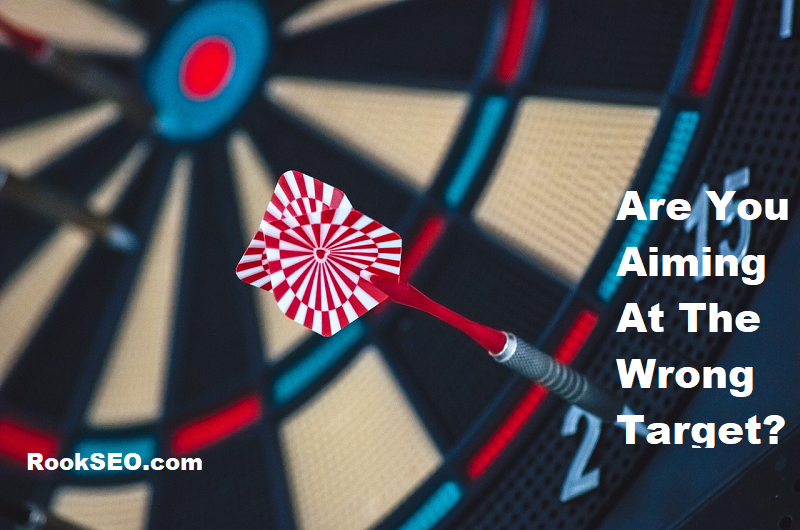 I spoke with a number of business owners this week that felt they were doing well with their local marketing.  “We rank number 1 for our search phrase!  But I’m not getting nearly as many calls as my friend in the business and he doesn’t rank nearly as well.  What’s going on?”

Actually, this is a pretty common question, I’ve asked it and I bet you’ve asked it at some point too.  Why is “that guy” getting so many calls when I know I’m doing much better marketing?  Sometimes it really is as simple as looking at the target you’ve been aiming at this whole time.

Why Does This Happen?

As much as I hate to admit it, there are some bad actors in the digital marketing world and then, sometimes, it’s just plain laziness that leads to these problems.  In the case of the bad actors, they find that it’s easy to rank a company for a small term that sounds really good, but in reality, it doesn’t have many people who actually search for it.  For example. if you’re a local landscaper you might want to rank for the term “landscape design company.”  Sounds about right, doesn’t it.  And you’ll be told – if you rank #1 for landscape design company you’ll get lots of calls…  Maybe, maybe not.

That’s the right question to ask, but getting the right answer backed up by solid data is just as important.  A gut instinct here may well be the difference between creating a life of financial freedom and slogging through 60 hour work weeks just to stay afloat.

The reason we start with keyword research is to make sure that we’re focused on the correct keyword phrase the whole time.  The vast majority of people speak differently than they write so what they say they want is usually slightly different than what they tell Google they are looking for and that small, seemingly insignificant difference can actually be huge.  And that small difference is exactly what Google is paying attention to.

By doing a little keyword research you just might find out that “landscape design company” has 40 searches a month and “landscaper” had 214 searches a month.  In that case, which crowd do you want to be in front of.  Simple as that.  Make sure you are aiming at the right target.  Make sure you’re marketing company can back up their decisions based on real data and not a gut feeling.

In both instances this week when I was speaking to businesses about why that competitor down the road was getting so many more new jobs, it turns out they were aiming at the wrong target!  A few minutes of keyword research could have saved them both years of low visibility in their cities and hours of sleepless nights because they wouldn’t have been worried about how to make payroll this next month.

If you think your local business needs a fresh look at marketing or maybe just a few suggestions to help you along, give us a call!